The ‘men have been separated from the boys’ as all but one of the last 16 teams for the group stage of the Total CAF Champions League was decided at the weekend. The draw for the group stage will take place on Wednesday, 9 October 2019 in Cairo, Egypt.

Nine teams who have lifted the Holy Grail of African club football at least once including holders Esperance of Tunisia are among the teams through. The Blood and Gold survived a scare from Chadian opponents Elect Sport, coming from behind to win 2-1, and 3-2 on aggregate to achieve a fourth successive appearance at the group stage.

They are joined by compatriots Etoile du Sahel, who despite finishing with ten men overturned a 2-0 loss from the leg against Ghana’s Asante Kotoko, beat the latter 3-0 in Monastir to go through.

Incase they don’t believe the headlines! 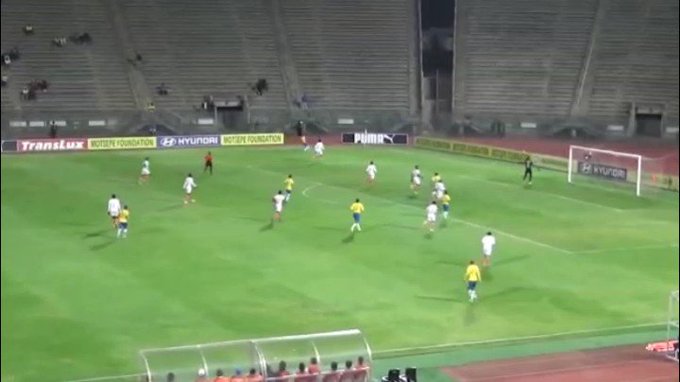 323 people are talking about this

South African champions, Mamelodi Sundowns, winners in 2016 made the biggest headlines, with a 11-1 drubbing of Cote d’Or of Seychelles, a result which went into history as the biggest ever in the history of the competition. The Brazilians maintained their record of having reached the group stage since 2016.

Moroccan duo, Raja Club Athletic and Wydad Athletic Club, both former winners, are also through. The last time the two sides were at the group stage together was in 2011, with Wydad going all the way to the final before losing to Esperance 1-0 on aggregate.

After an eight-year absence, JS Kabylie of Algeria, winners in 1981 and 1990, are back to the group stage, joined by rivals, USM Alger, losing finalists in 2015.

Five-time champions, TP Mazembe from DR Congo made light work of Fosa Juniors of Madagascar with a 3-1 to seal their third successive group stage berth. And they have company in eternal rivals and 1973 winners, AS Vita, who also made it three in a row at the last 16.

Record eight-time winners, Al Ahly of Egypt have qualified for the group stage for the fifth season on the trot. They achieved the feat after beating Equatoguineans Cano Sport 4-0 to complete a double 6-0 on aggregate.

The final slot between Zamalek (Egypt) and Generation Foot (Senegal) will be decided after a meeting by the relevant CAF body in the coming days.